But what if a chunk unloads and inventory slot 2 is full but a player removed the new repair augment which forces the machine to stop processing the item in slot 1, but it can’t transfer or eject? 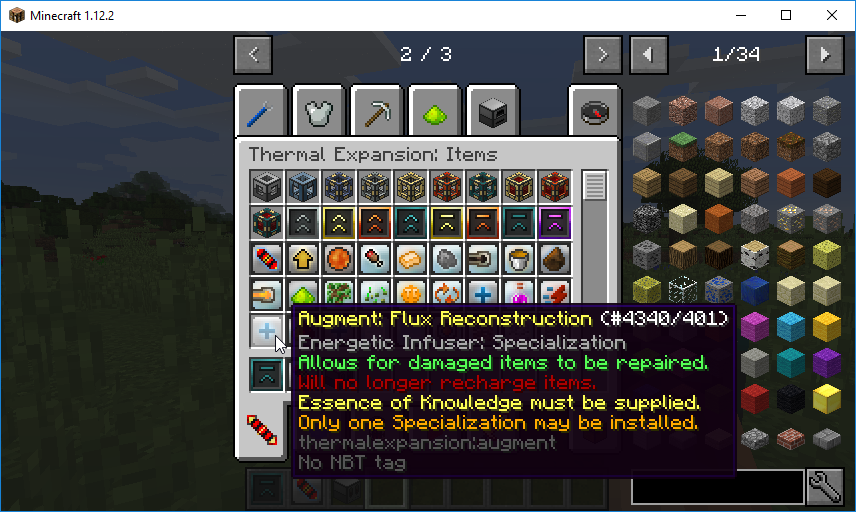 Unlike the last couple of weeks, I’m on travel. I have a job, I travel for work, and on these weeks, I get a lot less coding done on the mods. That’s just the nature of it.

So instead, I wanted to provide a brief glimpse into the what-if mind of a dev. These questions are the kinds of things that we have to pre-emptively ask to ensure that a new block/item/feature doesn’t mess up existing gameplay. Or come back to bite us later. And while some of those questions are the cornerest of corner cases, they’re still cases. And the nature of the machine in question meant I couldn’t easily rely on existing save data to solve this conundrum - for performance reasons, it caches a reference to the item that it is charging. For the non-coders out there, this means that it remembers what the item is so that it does not have to check the inventory slot every single tick. It saves on CPU, at the cost of memory. Don’t worry - we’re talking 4 bytes. The CPU savings is worth it, in my opinion. However, the item doesn’t really “exist” on disk. It’s created from the data which is read from the save file. So when a chunk unloads, nothing in that chunk really exists as an object in memory anymore, it’s on disk and that means any cached references go away. Hence, when the machine loads its data, it has to determine the nature of the items in its slots and cache in an appropriate manner.

So, this loading code meant that I had a problem in how I approached this. At the moment, I don’t know of any items which are both repairable and rechargeable (in the 1.12.x era), but I know somebody will eventually have one. And that case will need to be handled. I also seriously doubt that we’ll ever see an issue where a player adds or removes an augment and then the machine somehow is left processing while the chunk unloads. But in theory, this can happen. And now it’s dealt with. So the augment is done, and we’re waiting on art. 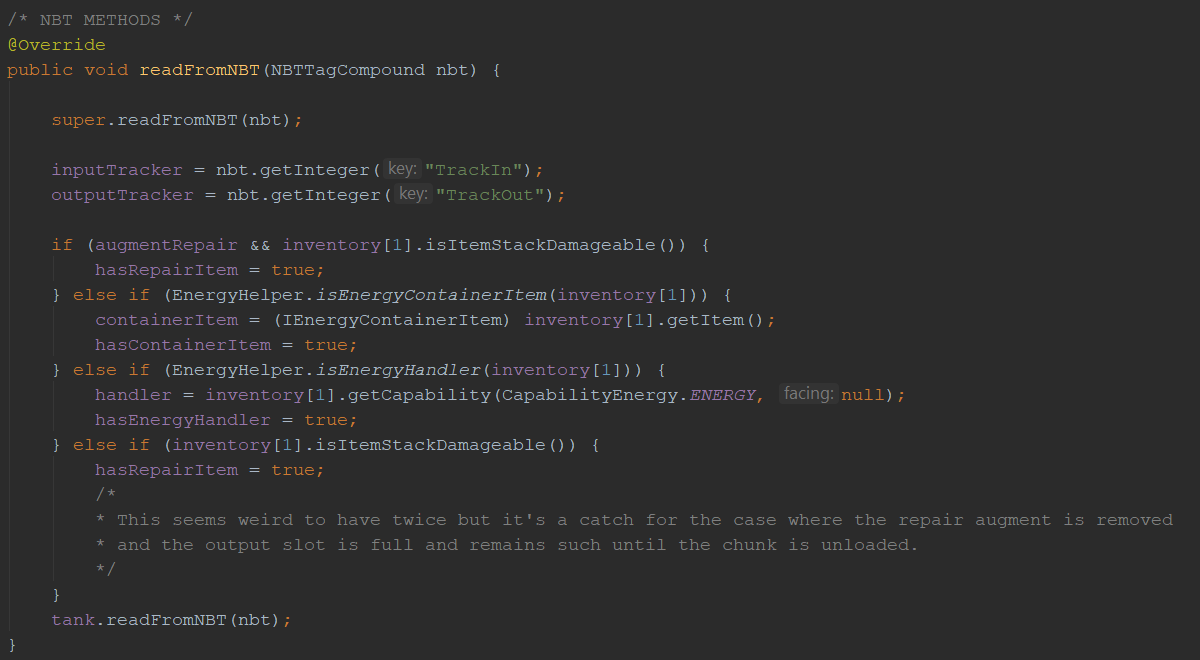 So yeah. That’s where I am. That’s what goes into an augment. That’s what I pondered and coded for at least part of a 2 hour flight. Now the next patch will have 8 augments, and another use for Fluid Experience.

And I hope that provides you some insight into mod development. :)